Creative linen workshop “Linen – the silk of the North”

Linen is known in Europe for several thousand years. Before few decades inhabitants of Lithuania still remember blue fields of blooming linen and they knew how much time and efforts take to make linen from the flax.

Now we forgot linen way or linen tale. So, we working with linen for many years, thought it‘s our duty to collect old utensils, to show our customers and friends about birth of linen.

We visited several museums, looked at old utensils, some of them borrowed to remake copies, some were donated by our friends and now we have almost all utensils in order to demonstrate linen way.

First of all, we had to plant linen. We are happy that we have good friends who are farmers in Suvalkija region, where soil very fertile and very suitable for linen. So they planted for us linen, watched them blooming and after they matured, they uprooted linen. Then we took linen to Kaunas, removed seeds and lay for several months in meadow in order the rain and wind would rot the stems. After they became very dark, they were dried and the next step is to removed chaff which has been rotten. This is hard work with heavy and old utensil, which is possible to try at our store. The chaff is separated from the stem and we are able to see linen fibres. After this comes process of combing with different sizes of combs, that the short fibres would be separated from the long ones. These are most valuable and from them possible to spin long linen thread.

Linen way in other words is call „suffering of linen“, because everybody now see how painful and long is turning flax into linen thread and fabric. 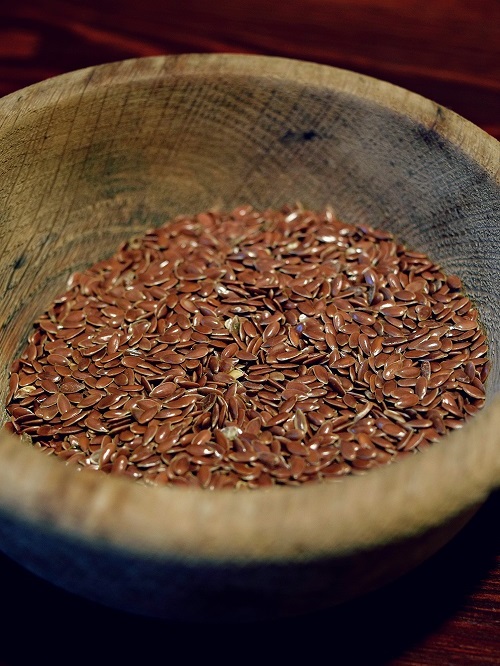 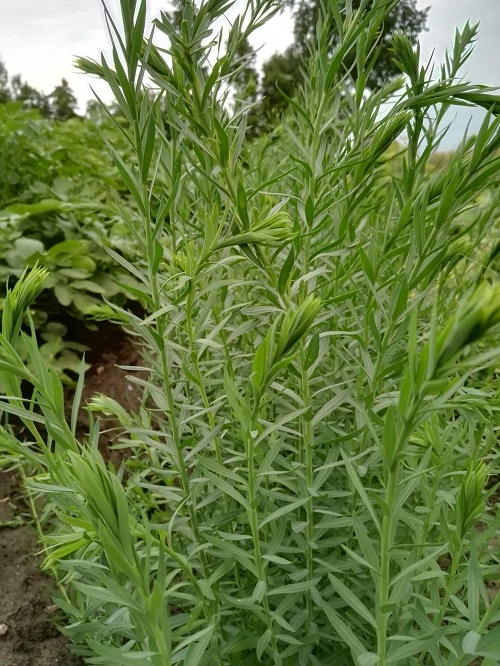 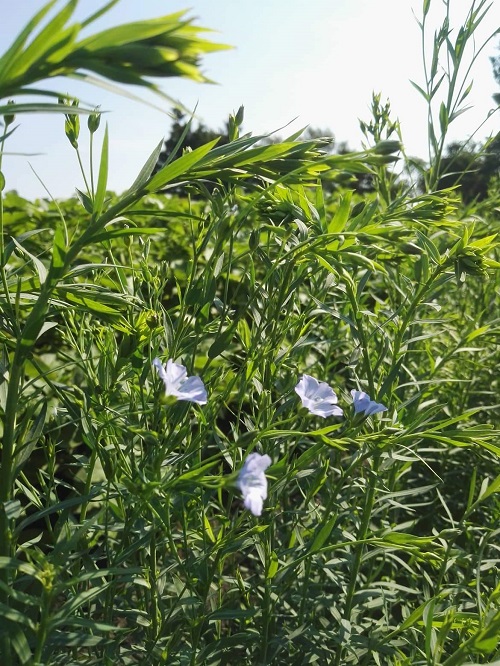 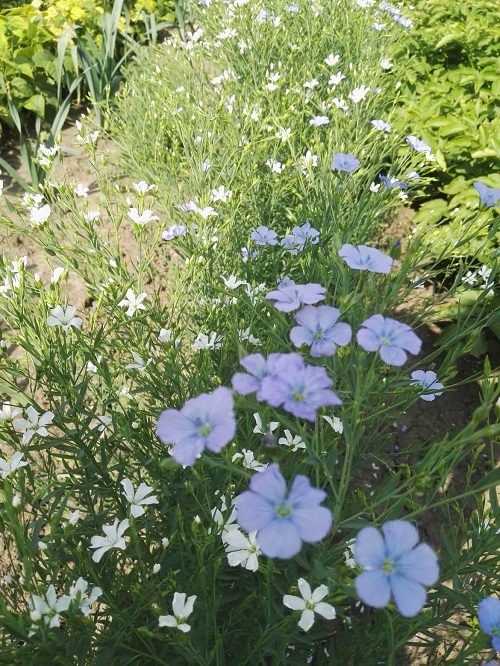 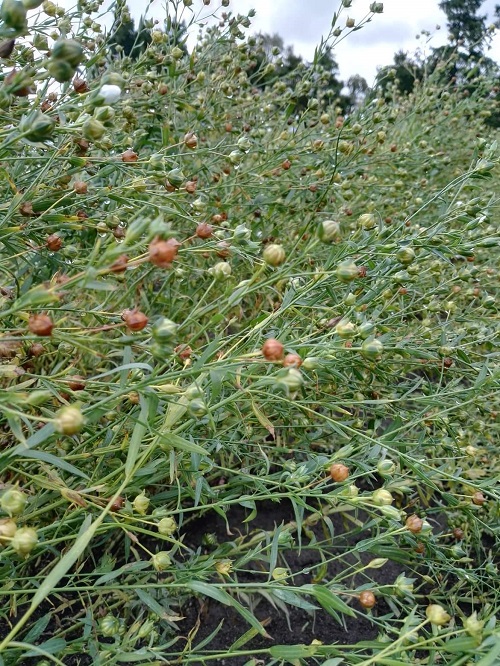 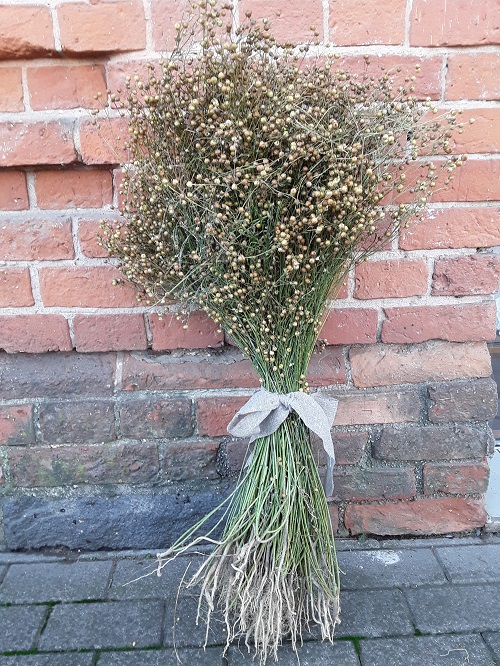 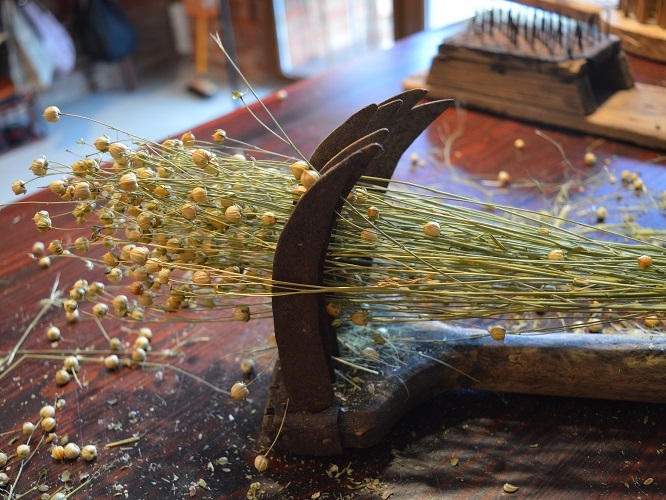 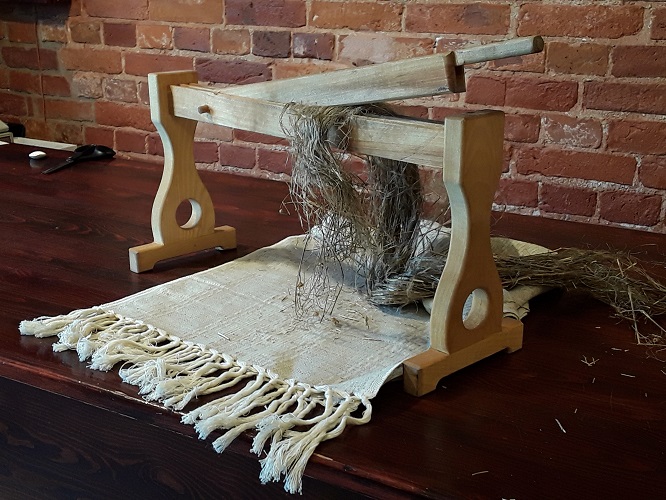 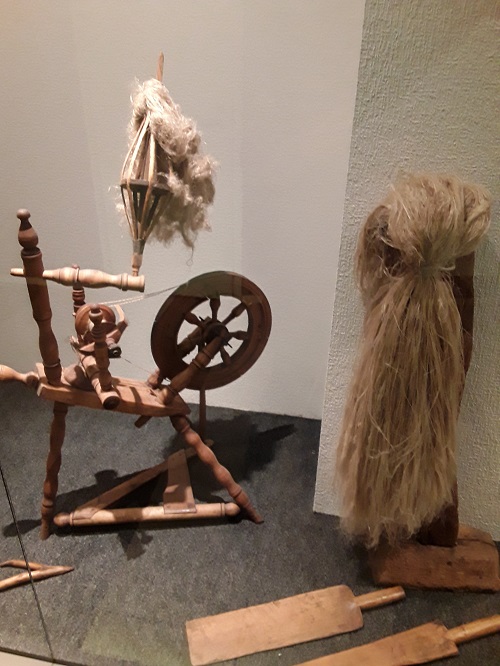 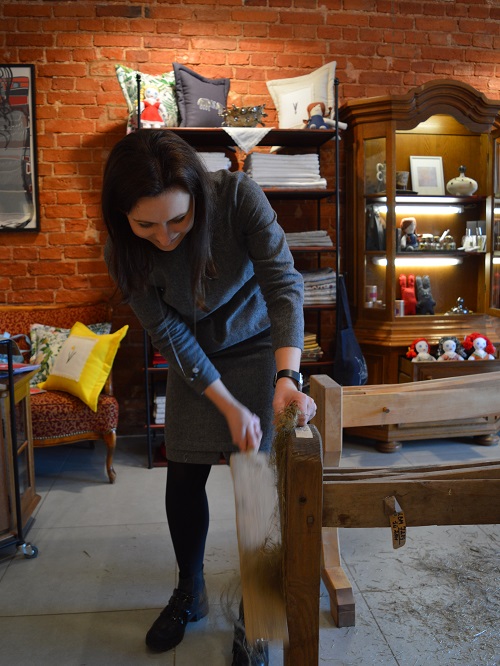 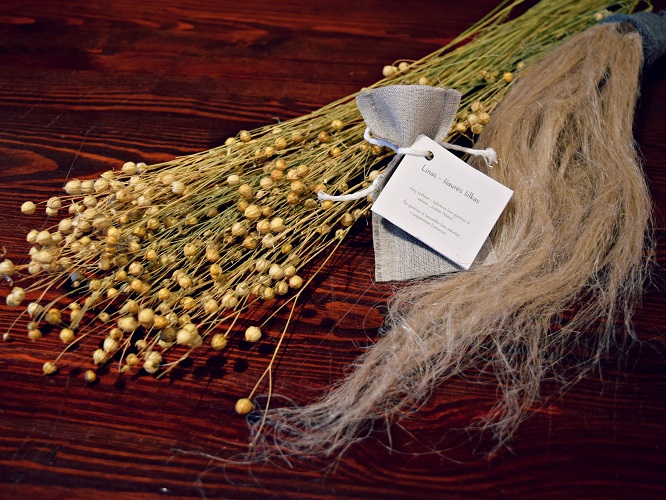